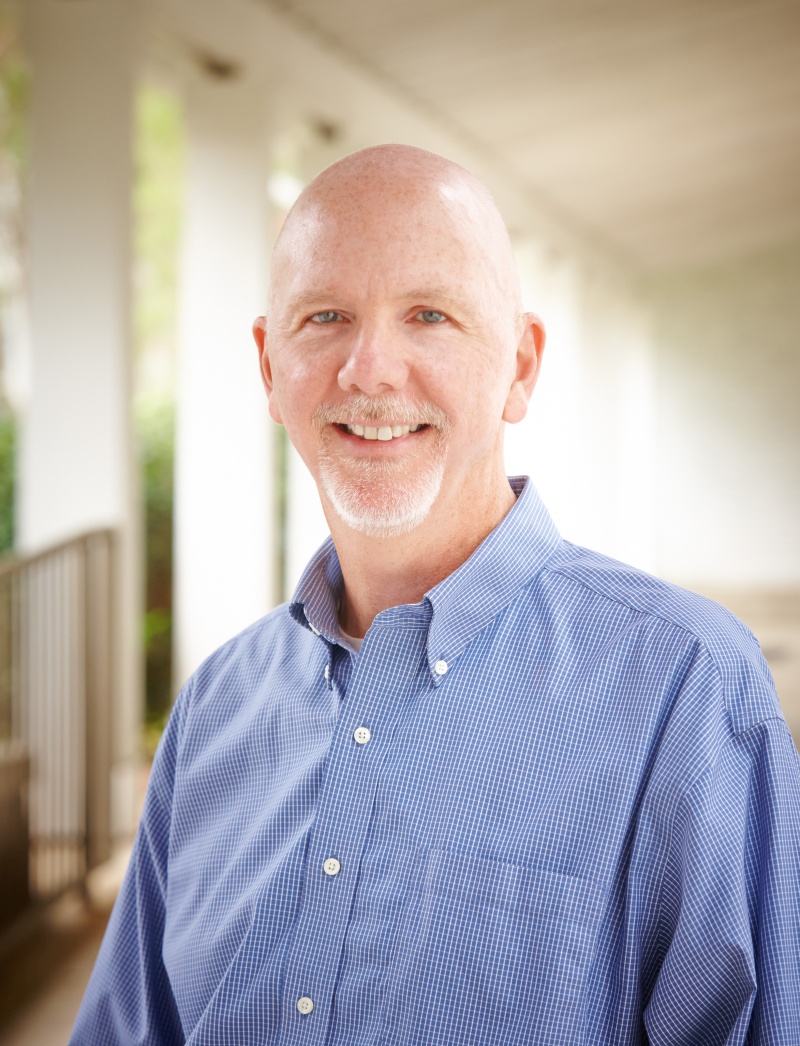 In his role as Senior Pastor, Brad provides leadership for all other AVPC pastors and staff. His main duties include preaching most Sundays, leading and shepherding the Session of the church (AVPC’s primary governing board consisting of shepherding elders), and serving as the pastoral staff member of our Adult Discipleship Ministries Team.


Raised in Memphis, Tennessee, Brad Allison has been pastor of AVPC since 1993. Prior to that, he planted a church in Glen Burnie, Maryland, and then pastored that same church for nine years.

He graduated from Westminster Theological Seminary in Philadelphia in 1981, after which he served three years as Assistant Pastor at Tenth Presbyterian Church in Philadelphia before moving to Maryland. He and his wife, Wendy, have three children: Matthew, Meredith, and Kathryn. 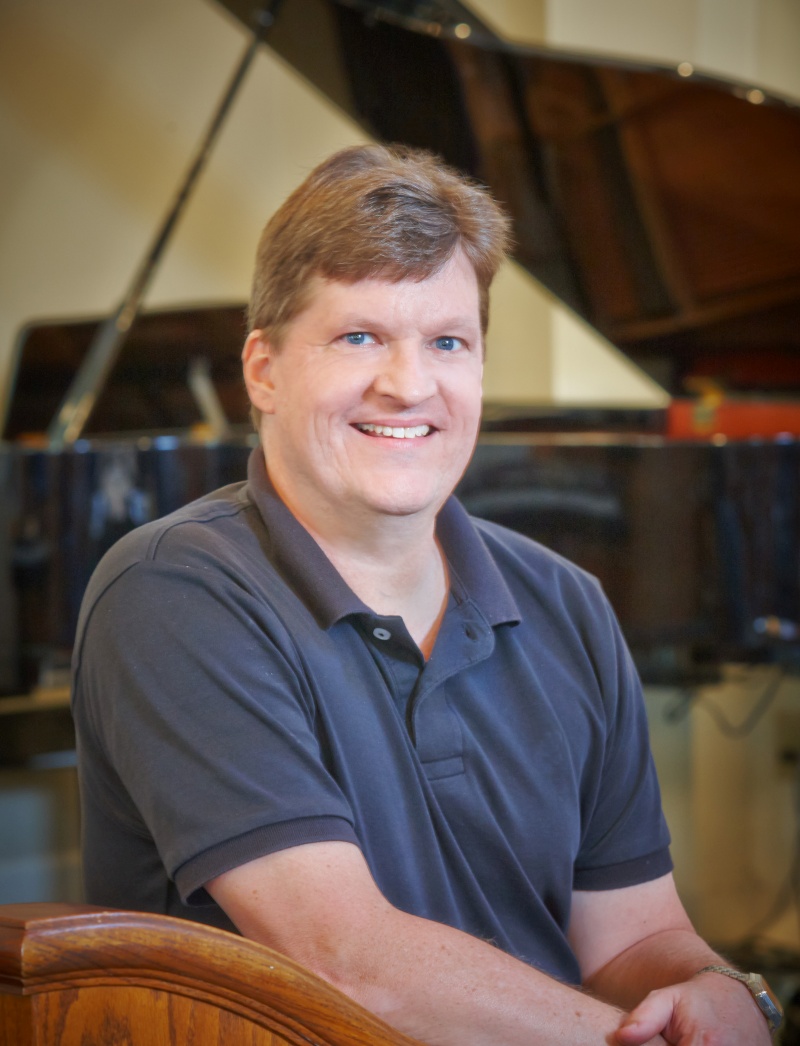 As pastor of worship, Steve provides leadership in 2 main areas - 1. Planning and leading our worship music, 2. leadership development and discipleship within AVPC worship ministry. He serves alongside other pastors and elders in shepherding the members at Altadena Valley.


Steve, the son of a PCA minister, grew up in the Appalachian mountains of southwest Virginia. He graduated from King College in Bristol, Tennessee, received an M.A. Degree in Church Music from Samford University in Birmingham, Alabama, an M.Div. from Beeson Divinity School in Birmingham, and a D.Min. from Covenant Seminary in St. Louis. Steve is married to Tracy and they have three children: Stephanie, Michael, and Rachel. In addition to his love of music, Steve enjoys playing and watching sports, hiking, camping, and reading. He has been employed at AVPC since 1990. 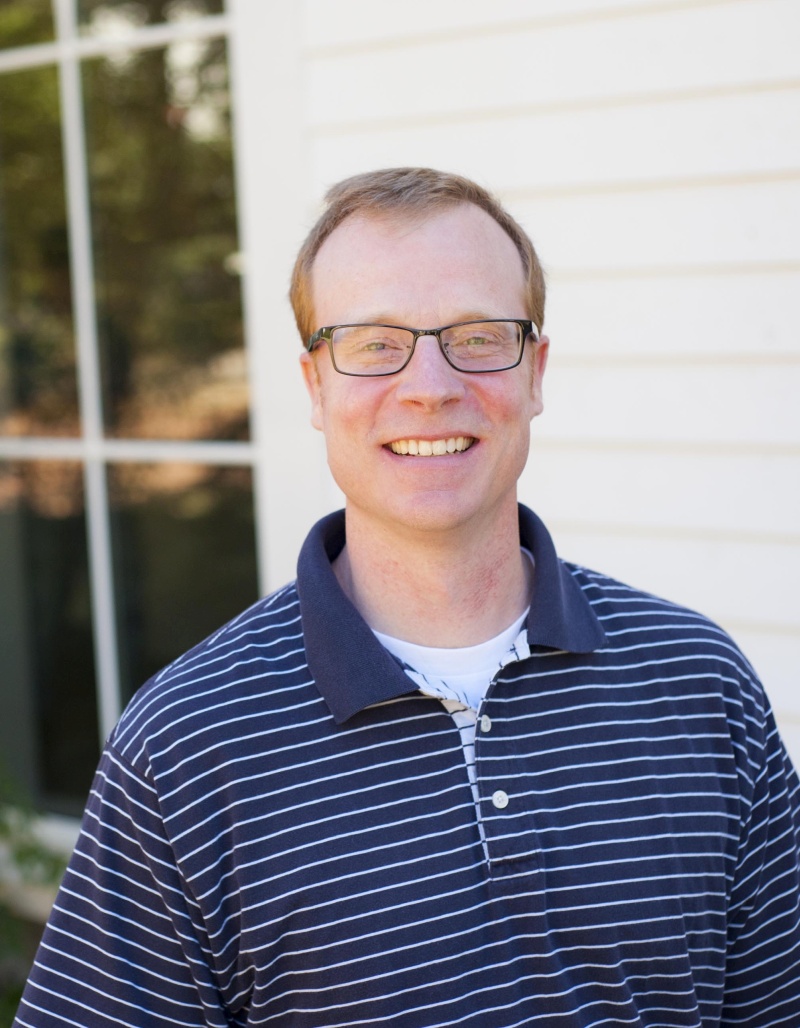 In his role as Pastor of Mercy and Outreach, Michael has the privilege of praying for members, teaching, encouraging, providing care, and equipping others to do the same through all of life’s joys and sorrows. He also is responsible to develop, implement, and oversee a comprehensive strategy in the area of outreach and discipleship. Michael serves alongside other pastors and elders in shepherding the members at Altadena Valley.


Michael was born on an air force base in California, but considers Statesboro, GA his hometown. He and his wife Amy met in Birmingham when Michael was in seminary at Beeson Divinity School. He was Assistant Pastor here from 1999-2003 serving the youth and adult ministries. Before moving back to Birmingham, he served as pastor of the PCA church in Monroeville, AL. They have 4 children who continually keep them in awe of God’s grace and mercy. Michael enjoys pretty much any outdoor activity that keeps him active, music, art, and listening to people’s stories. 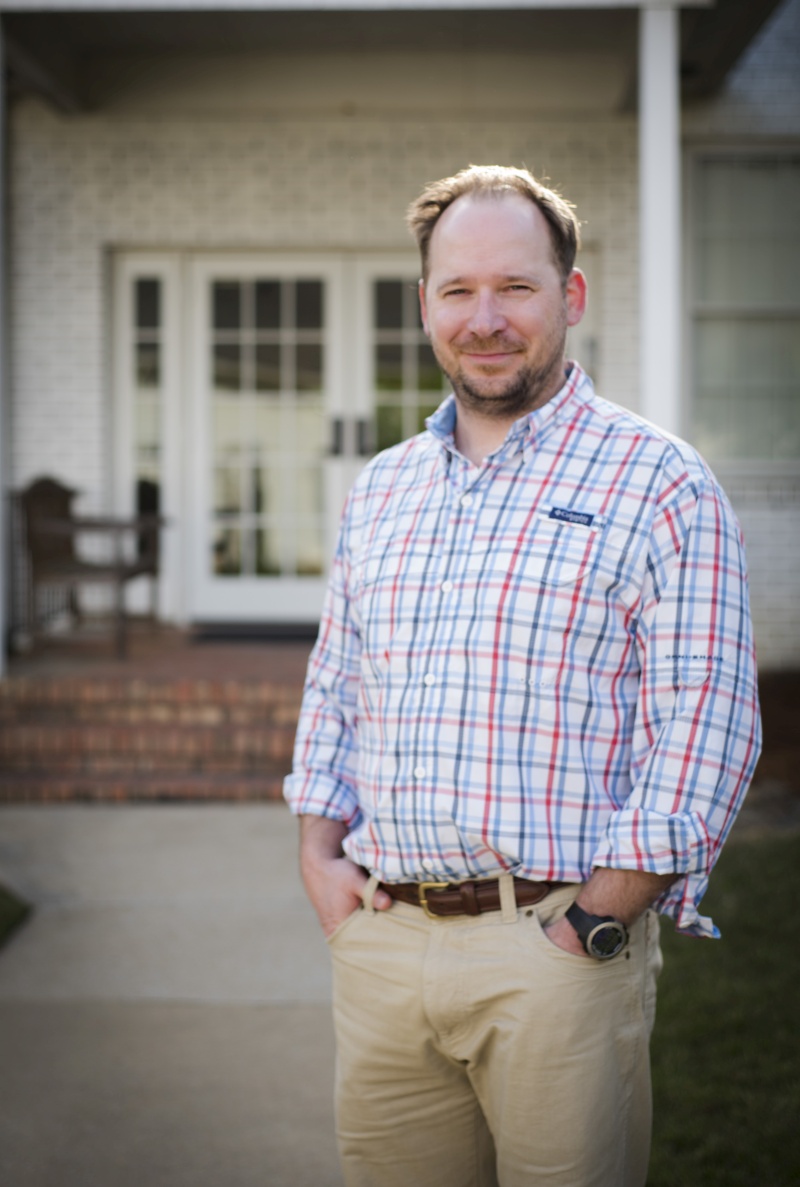 As Youth Director, Clint has the joy of spending time with our 6th-12th grade students and pointing them to Jesus as their hope in life at a time when they are anticipating all that life has to offer. Clint is called to serve students and their families as he equips them for relationship with and fruitful service to the Lord. In this role Clint oversees weekly events, including Sunday school, youth group, and community groups, equipping leaders to share in this vital ministry.


Clint was born and raised in Birmingham. He graduated from University of Alabama at Birmingham with a degree in history in 2000 and in 2009 he earned an M.A. degree in history from the same institution. His plan was to earn a PhD in history and teach at the university level. The Lord’s plan was for Clint to teach junior high and high school history at Restoration Academy for 13 years, and then begin his ministry here, at AVPC. He is married to the beautiful Silena Morrison Cvacho and they have three children; Will, Francie, and Vivien. 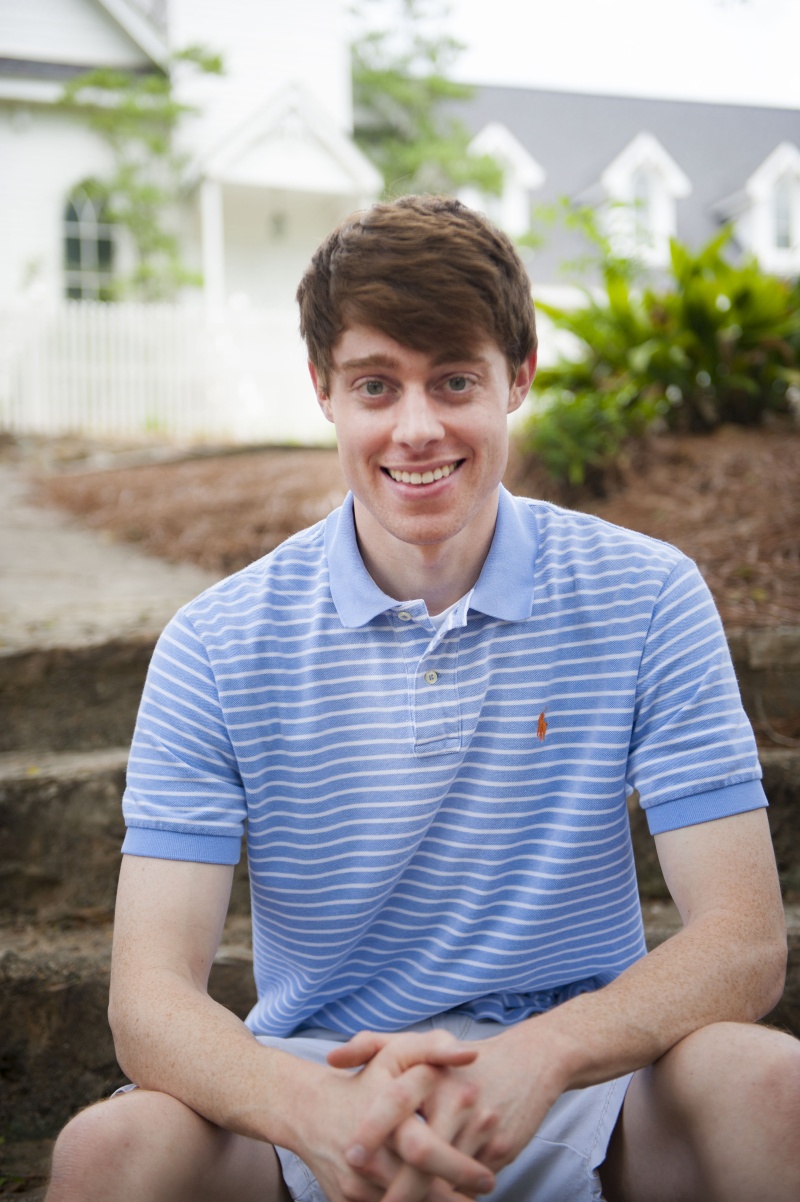 In his role as Adult Ministry Leader, Blake seeks to initiate and facilitate discipleship and community among various adult groups at AVPC, specifically our young adults and Men’s Ministry. By scheduling innovative events and holding regular Bible studies, Blake leads and encourages our diverse group of young adults in their spiritual walk and helps equip them to better realize their important position in God’s kingdom. Blake helps nurture men who serve as brothers, husbands, fathers, and ministry leaders using programs and events that meet the unique spiritual and emotional needs of the men of the church.


Blake was raised in Birmingham, AL, and graduated from Auburn University with a degree in Communication. After college, he served as an Intern for Reformed University Fellowship for two years at Washington and Lee. Blake returned to Birmingham to study at Beeson Divinity School and he graduated with his M.Div. in December 2017. He joined the staff of AVPC in June 2016 and now serves as the Assistant Pastor for Adult Ministries. Blake and Danielle got married in July 2018, and in his free time, Blake enjoys spending time with Danielle, hiking, and eating cereal. 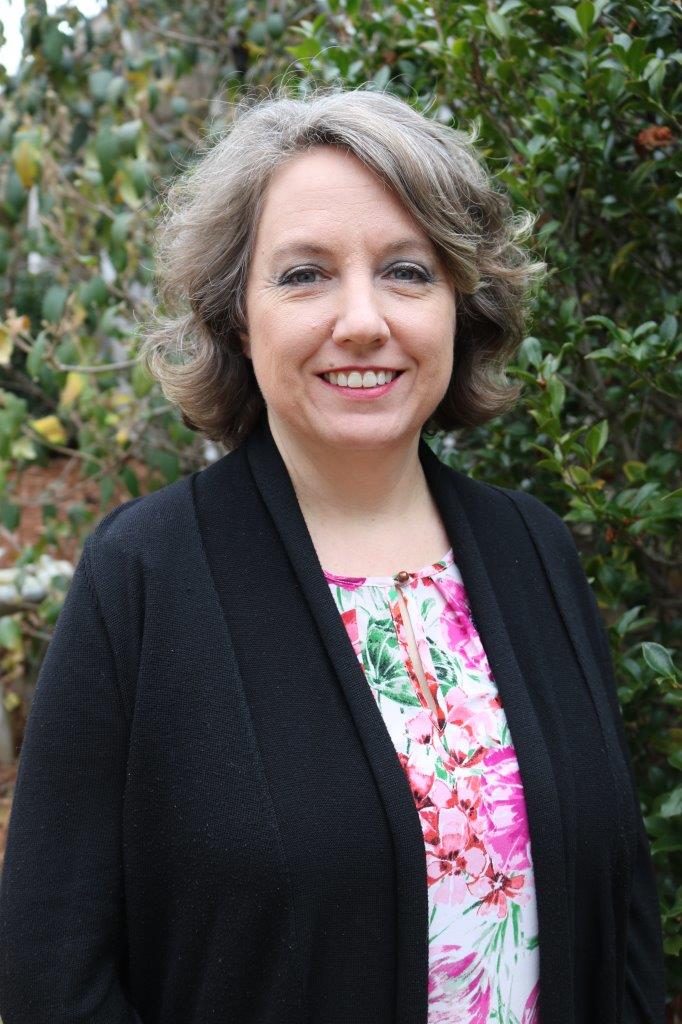 Heather serves as the Director of Women’s Ministries. She oversees the essentials for building community and spiritual growth for the women of AVPC – Bible study, discipleship, and fellowship. Heather also serves as our Worship Administrative Assistant. In this role, she provides administrative support to our Pastor of Worship and Worship Ministry Team in a variety of ways.


Heather joined the staff at AVPC in December 2018. She was born and raised in Washington State. She married Bill in 1992 and spent the next 23 years as a Navy wife traveling from duty station to duty station while raising their three sons, Joseph, Eric, and Daniel. Needing a place to call home following Bill’s Naval career, they chose Birmingham. Heather earned her BS in Business Administration – Project Management from Liberty University. She enjoys time with her family, traveling, and coffee with friends. 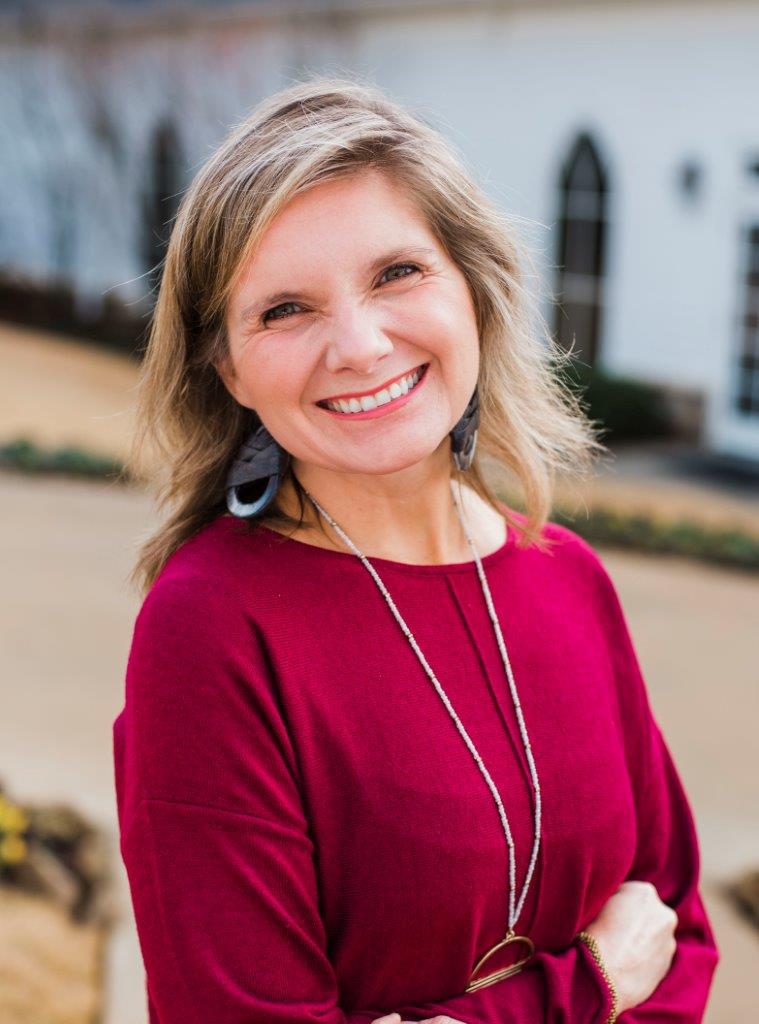 Catie serves as our Director of Children’s Ministries. She oversees and coordinates all children’s activities, including Sunday school, worship center, summer Camp Solid Rock, and our annual Trunk or Treat. Catie works with the Children’s Ministry Team to show and teach the love of Jesus to the children we serve and to partner with parents in their efforts of Christian education.


Catie and her husband Jamie have attended Altadena since 2001 when they were married. However, Altadena and its ministry of God’s House have been part of Caties life since she began attending there when she was two years old. Together, she and Jamie have six children: Caleb, Benjamin, Daniel, Bentley, Ayla Joy, and Isaac. Catie is honored to serve on staff as the children’s ministry director as Altadena has so faithfully partnered with them in showing and teaching her children the love of Jesus. 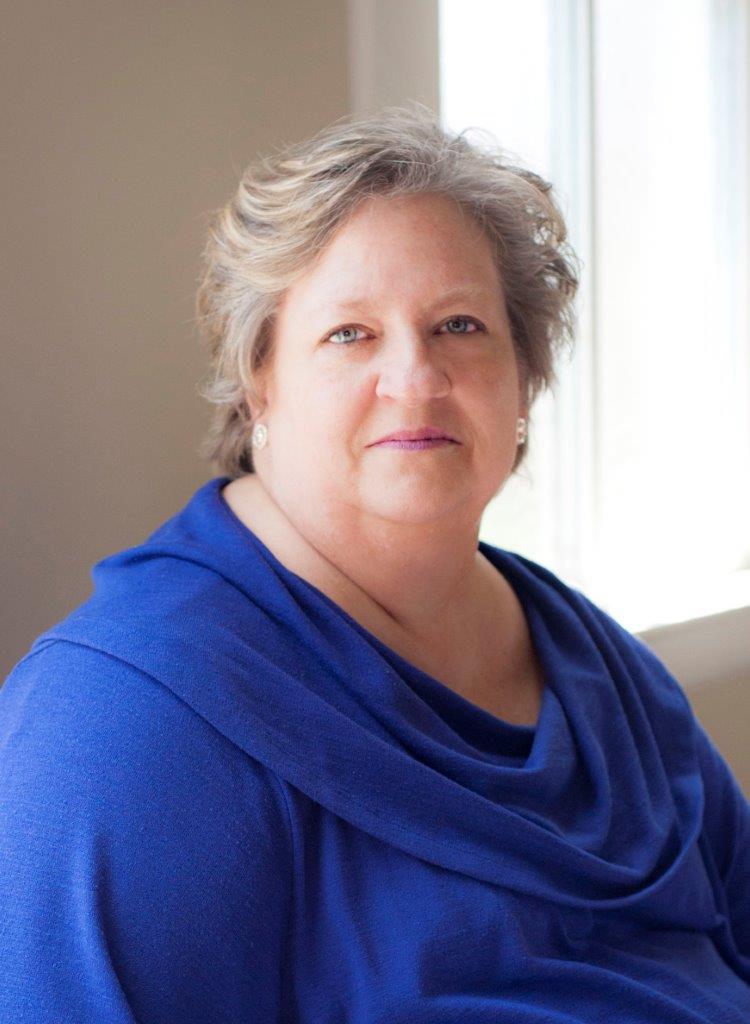 As Church Administrator, Christine serves as a liaison between Altadena’s staff, ministry leaders, congregants and church visitors. She directs the administration of day-to-day operations of the church, oversees church communications and digital presence, manages church database and serves as our human resource facilitator. She also provides administrative support for various staff and ministry teams.


Christine has been at Altadena since February, 2017. She was born and raised in Ohio, and after a few detours to Indiana and Kansas, she finally moved to the south in 1994. She delights in living close to her girls and grandchildren and being able to provide senior care for her dad. Her hobbies include singing, reading and crafting with her girls. Having served in administrative positions for over 35 years, with a degree in Business Administration, Christine brings a wealth of knowledge and experience to our staff and loves serving her Altadena church family. 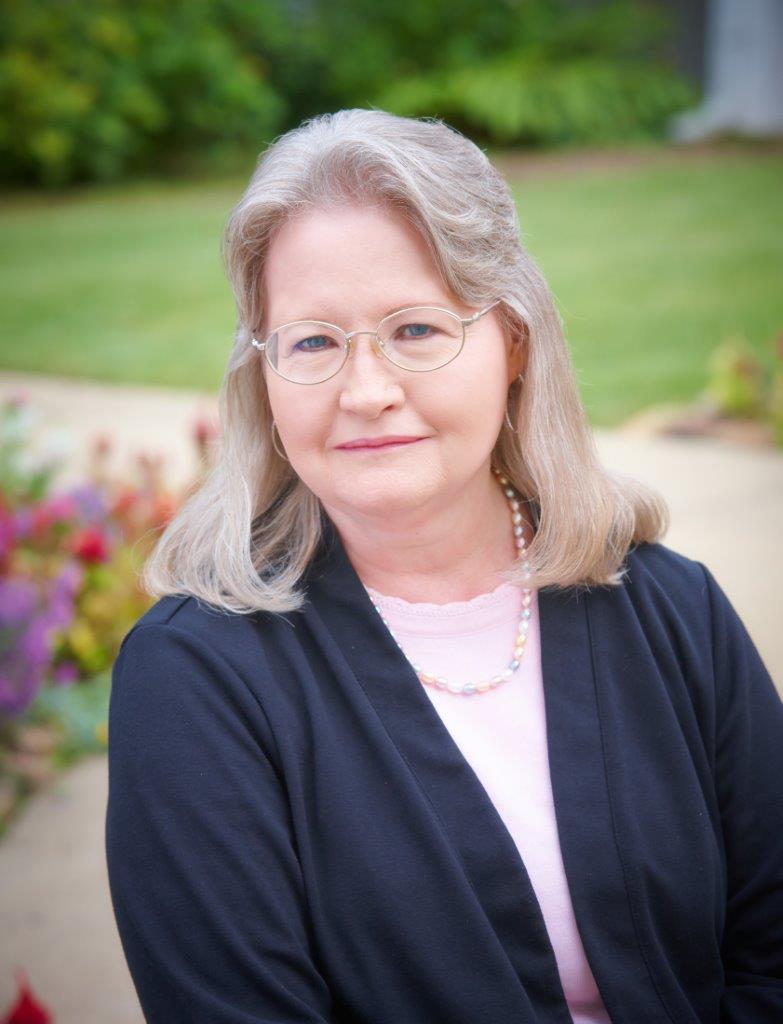 Serving as our Church Bookkeeper, Jimmie records all the financial transactions of the church. She works with the Finance Team and each ministry to properly account for and manage the resources entrusted to us to carry out the mission of the church.


Jimmie grew up in Birmingham and she loves music, reading, cooking, and gardening. Jimmie has been serving on staff with us since 1995 as our bookkeeper. 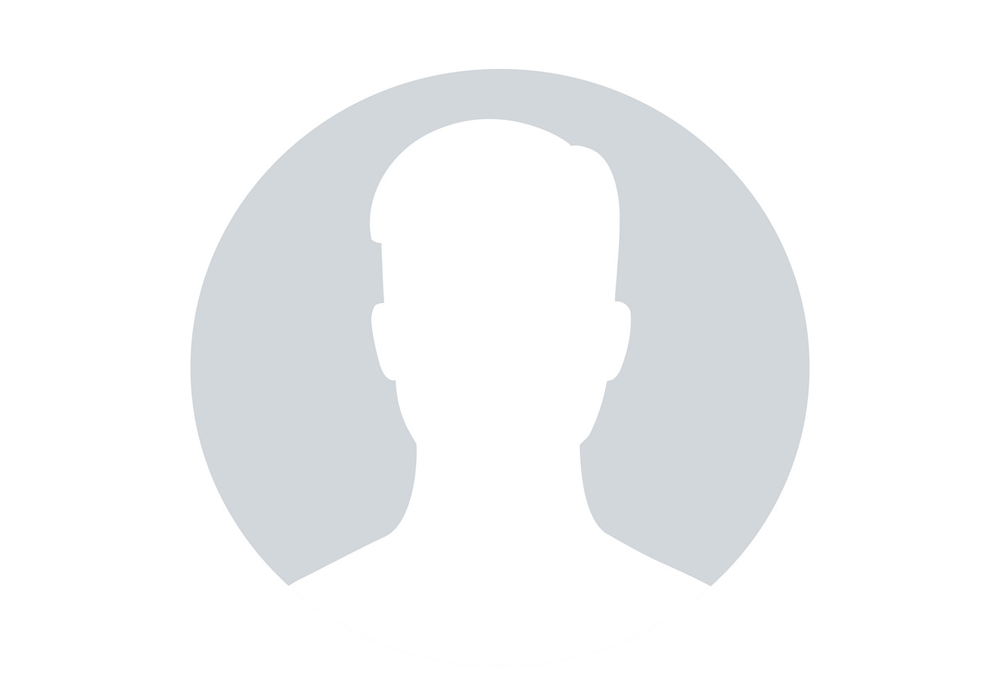 In his role as Church Administrative Assistant, Connor is responsible for greeting guests, call management, and a variety of other assistance and information duties. Connor provides graphic design and administrative support for all church ministries.


Originally from Mississippi, Connor has been at Altadena since 2021 and has enjoyed serving alongside the people of AVPC. Connor attended Belhaven University and graduated with a BFA in Theatre in 2017. There he met his lovely wife, Christy, and soon after God brought them to Altadena. When not serving as our administrative assistant, he can be found playing percussion on Altadena’s worship team. In his spare time, he enjoys listening to music, improv, and spending time with his family. 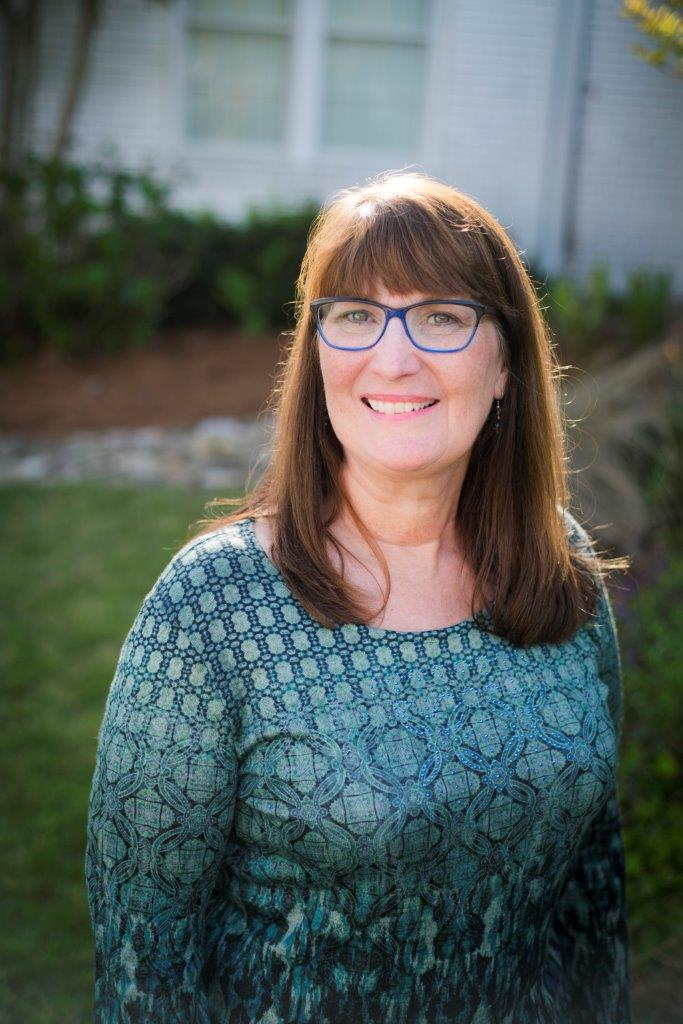 As the Administrative Assistant to the Mercy Team, Dee provides support to a team of folks who desire to serve and provide assistance to the Altadena faith family and our community.


Dee grew up in Birmingham and was part of a family that loved community and enjoyed the outdoors. She and her husband of over 37 years have three wonderful children, a wonderful daughter-in-law and one precious granddaughter. Dee graduated from University Of Alabama-Birmingham in 2015 with a BS degree in Social Work. In her spare time she enjoys spending time with family, reading, gardening, and having fun with friends. She looks forward to hearing stories of the amazing ways God loves us and enjoys sharing her own story of how God is at work in her own life. Dee and her husband have been members of AVPC since 2012. 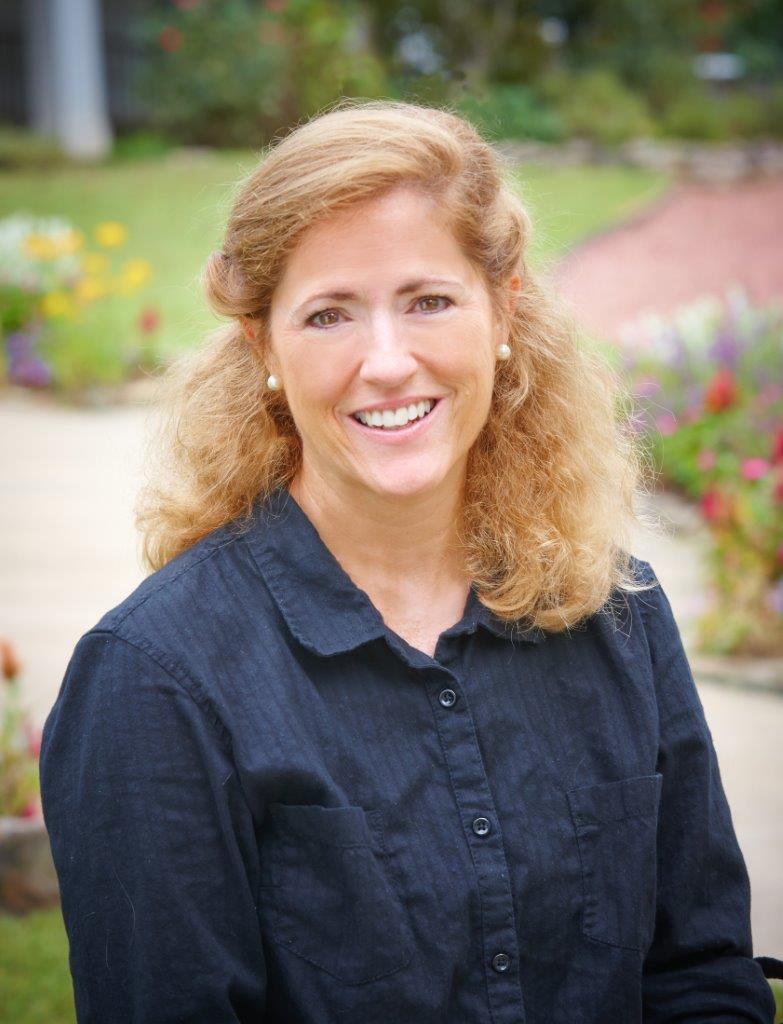 As our Nursery Director, Diana provides leadership and oversight to our ministry that serves children from birth to kindergarten and their families. Diana is responsible for scheduling workers to take care of the little ones during worship services, Bible studies, group meetings and other events that require childcare.


Diana joined our staff in November 2011 with 30 years of experience in childcare. With a servant’s heart for our younger attendees, Diana delights in taking care of the little ones who visit the church nursery. Diana loves spending time with her husband, Russell, her kids and grandkids. 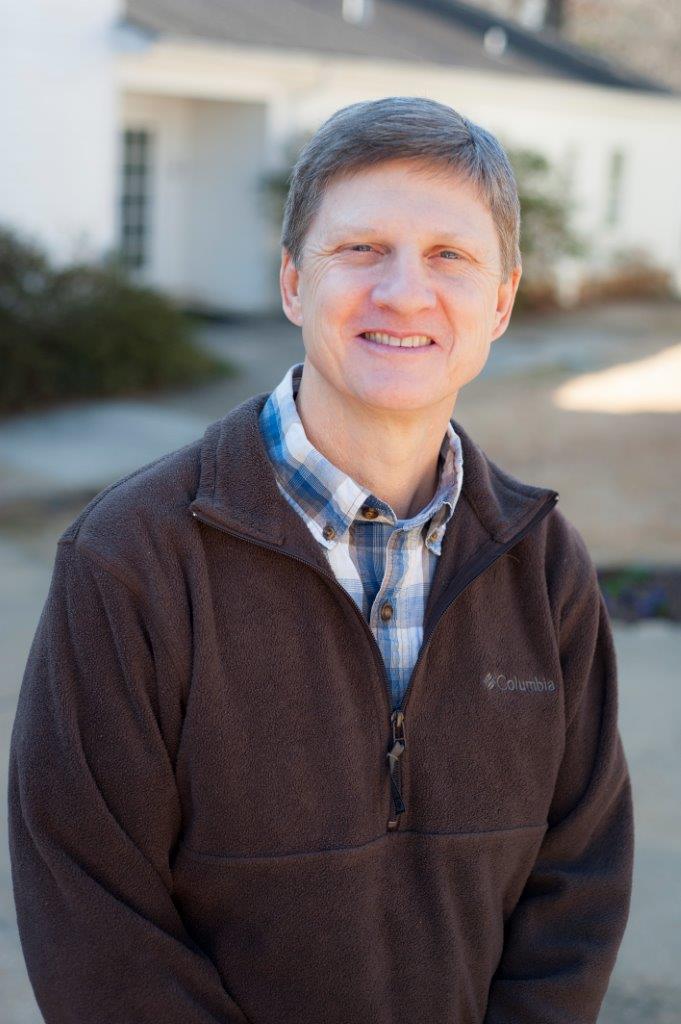 Jody joined our staff in January 2017 as our full-time facilities manager. He has two sons, Luke and Eric. In his free-time, Jody enjoys spending time with his boys, camping, reading a good book, hunting, fishing, and enjoying nature.


In his role of Facilities Manager, Jody oversees the daily care and maintenance of the entire church campus, including Altadena House, Altadena Park and God’s House Kindergarten buildings. He also works closely with the Facilities Team on major maintenance projects. 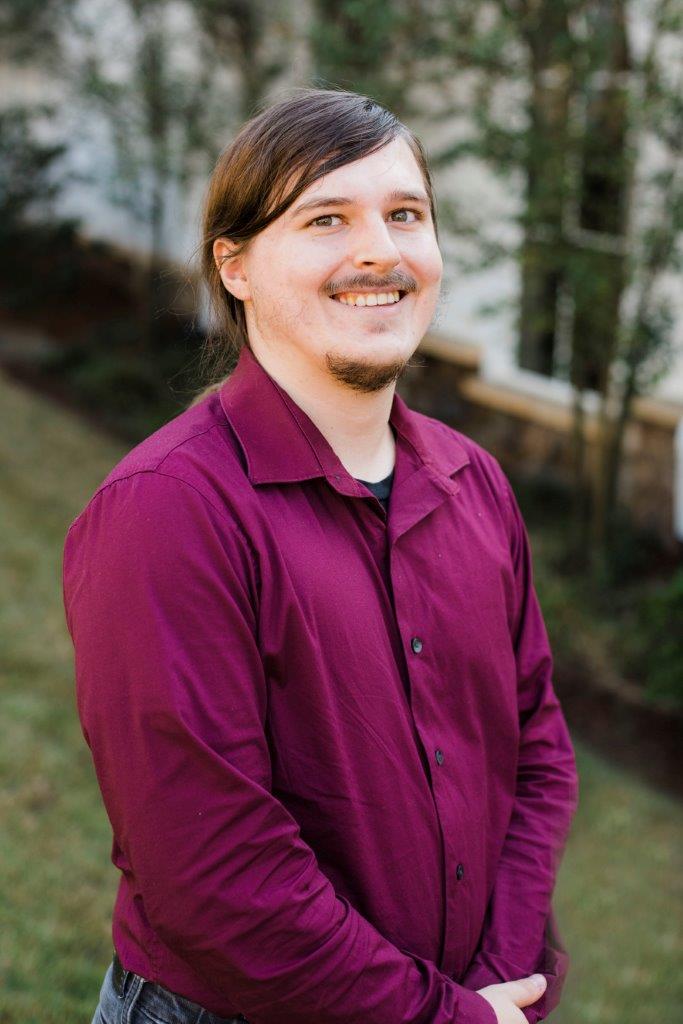 Michael seeks to enhance AVPC youth’s love for God by providing musical, spiritual, and Biblical training. He leads the Youth praise band, allowing them to gain experience in worship and music ministry, and he encourages leadership among youth who are particularly gifted in these areas.


Michael was born and raised in Birmingham, Alabama and has been attending AVPC his entire life. Being the son of a music minister, Michael has been involved in helping lead worship since a very early age. He graduated with a degree in Music Composition from Samford University. When not doing something musical, Michael enjoys spending time with his lovely wife Kathy whom he married in July 2020. He also enjoys reading, gaming, and going to the zoo. 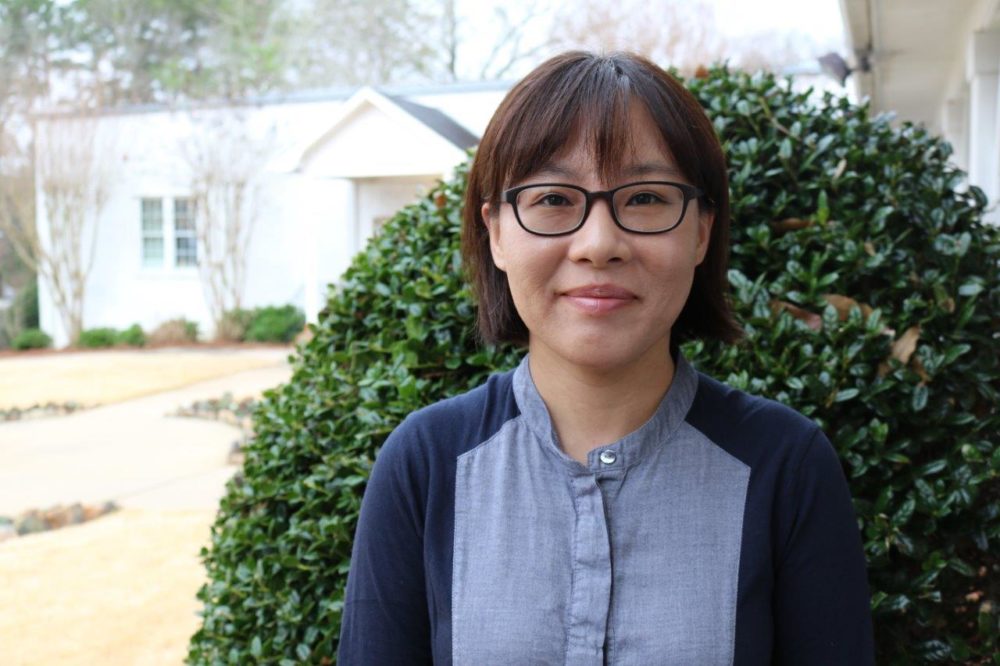 Young jin supports the Worship Ministries of Altadena Valley through the performance of the organ and piano. She plays most Sunday mornings and at special events throughout the year.